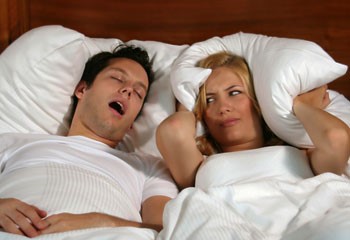 Snoring is a worldwide phenomenon with estimates of over one billion people who snore due to some sort of nasal or airway blockage. Conservative estimates indicate that the United States, Germany and the United Kingdom represent over 70 million snorers alone.

There are obvious differences in the percentages of men and women that snore. The reason for the difference involves the size of a person’s neck, typically an effect of being overweight. Men tend to have larger necks than women do, and having a neck of 17 inches or larger makes it likely a person will snore. Surveys indicate that 80 percent of men that snore do not consider themselves to have a problem and in fact consider their spouses to be light sleepers.

Women that snore tend to be heavier and shorter than women that do not snore are. Women typically snore through their noses whereas men snore through their noses and mouths. Women are also more likely than men are to seek treatment for snoring. Women typically snore less than men due to smaller necks and larger air passages. Women also have a smaller uvula that makes them less likely to snore.

Snorers do not usually notice their own snoring and are unaware unless it is pointed out for them. Snorers also tend to be deep, comfortable sleepers. Tonsil and adenoid problems can be major contributors to the snoring of children, though studies indicate that as few as six percent of all children snore.

There is concern that the medical community does not take the area of snoring serious enough. General practitioners typically do not ask patients about their sleep. Studies indicate that of the 70 percent of patients that mention sleep problems to their doctors, only about ten percent of them attempt to seek further help. Dentists who fit patients with snoring devices do not routinely ask patients about sleeping problems.

See how a 'Noiselezz' Snoring Mouth Guard gives you a sound night's sleep!

“This is the best unit on the market by far! I tried all the rest- mouthguards, liquids, sprays, pillows, supports and when I stumbled upon your website,I thought Id try yours. I am happy to say yours works! Thanks for a great products, I have ordered another 2 today..."

"I am now on my fourth NOISELEZZ, and have found them to be fantastic,man, as my wife says - It's saved our marriage!"